Tyler soloed for the first time in the T-38 yesterday!  And being the wife that I am, got to go watch him on the flight line (thanks to my Norwegian escort) and took pictures for the viewing pleasure for those interested. 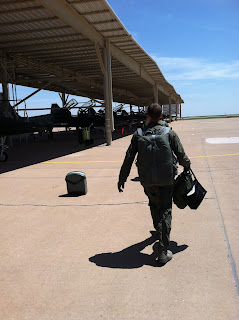 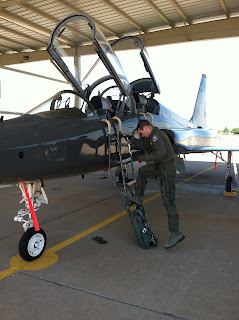 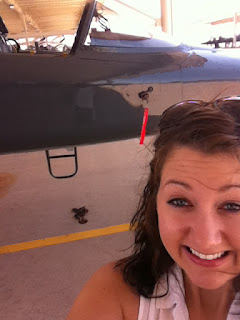 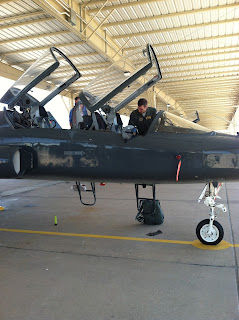 Oyvind got a great picture on Wyatt's camera of Tyler on the ladder before he climbed into the seat. 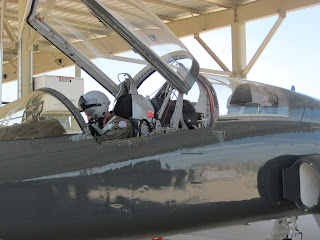 Thanks for the thumbs-up! 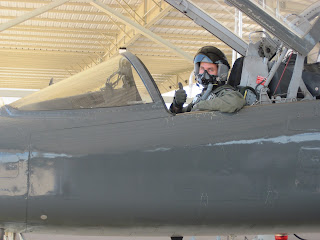 Hmmm...this must be Wyatt on his solo... 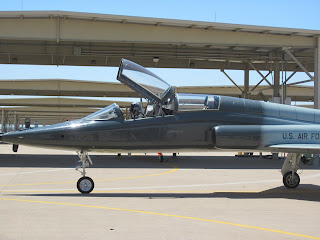 Something that was hooked up to the plane. 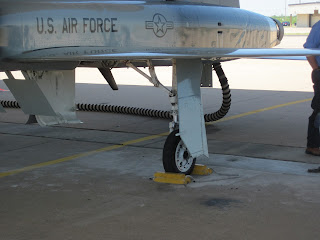 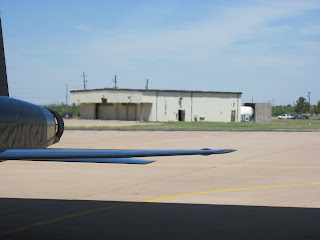 This is Tim, a Canadian student in Tyler's flight, and his instructor. 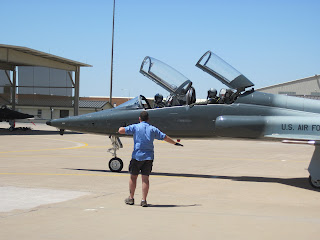 Joe and his instructor, I believe (they all look the same) 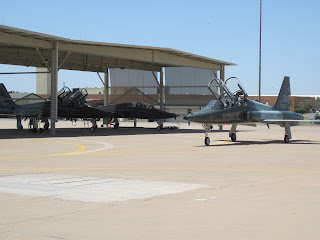 And HERE is Tyler's taxi.  It moved so quickly (much quicker than the T-6) that I almost missed it. 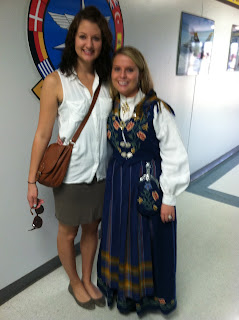 My Norwegian friend, Kristin, is so beautiful in her bunad on Syttende Mai.  She brought Norwegian cheesecake, cheese and bread to the squadron for the guys to enjoy yesterday.

Tonight we're going camping with another couple at the local state park.  It's supposed to be 92 and windy, so hopefully we'll make the most of it.  And in one week from yesterday I'll be heading home to Minnesota to watch my little sister graduate from my alma mater.  Thanks for checking in about Ty's solo!
Posted by danielle at 11:34 AM

you are the CUTEST military wife in the whole world!! so fun and we are so proud of tyler! wow! i was making my guest list for the shower and was just wishing you could come. :( one day maybe they will ship you out here to california...wishful thinking? i can at least pray right?? love you buddy!

way to go, Tyler! only a few more months til September.... you must be getting excited!!

and you look very beautiful! Tyler is a lucky guy =)