Our Independence Day celebrations started a little bit earlier this week.  Since the 4th fell on a Wednesday, we were hoping Tyler would get Wednesday, Thursday and Friday off (thus, a five day weekend) and we could drive up quick to MN and enjoy a long celebration at the lake.  Unfortunately, giving the guys that much time off would be a shame so Tyler had to go in to work for about an hour on Friday, which changed our plans and we stuck around here for the week.

The Saturday before the 4th, we decided very last minute to join a few other friends and go to the Alan Jackson up in Oklahoma at Ft. Sill.  We had some good food at Outback (we don't have one of those here), heard some great music and saw a fantastic fireworks show. 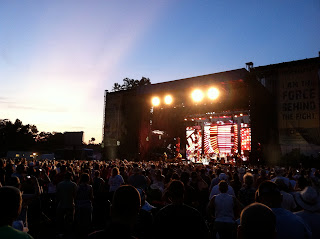 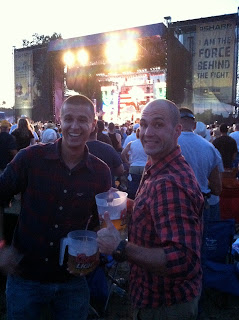 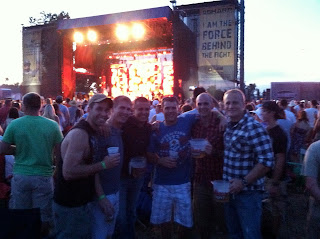 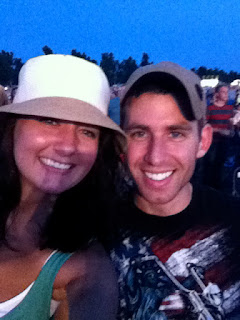 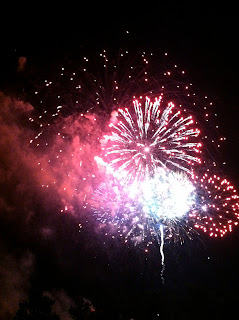 On the 4th, we grilled out at one of the guys' house and enjoyed a fun afternoon/evening swimming in their pool. I also made potato salad to share and this awesome dessert that took way too much time but apparently was delicious (after working on such an elaborate dessert for so long, the last thing I wanted to do was eat any...weird, I know) 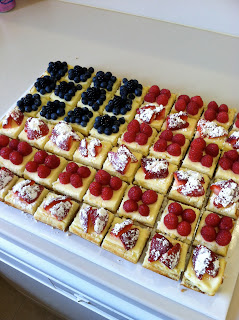 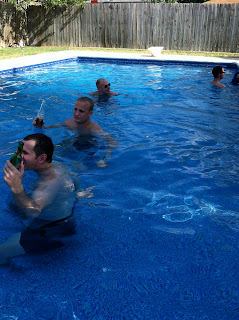 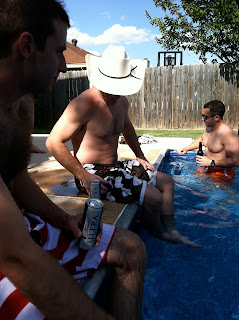 Of course there was a beer or two being had.  It was a perfect day for relaxing and celebrating being American.

Saturday (I was hoping to go to Dallas to see the Rangers play the Twins, but my husband could only think of being on the water) we headed southeast to Possum Kingdom, which was a huge river and is now dammed up and a great lake for people to get away to.  There's a bay area called Hell's Gate; once you enter the pass, there are tall cliffs on all sides (and of course huge mansions built on top) and is famous for people anchoring their boats there all day and float around (on holidays) there are several police boats cruising around, which goes to show that things could get out of hand quickly.  It was fun to go once but I'm not exactly anxious to head back--every boat was playing different music (of course loudly) and the amount of people was unreal.  And around 5pm, some clouds rolled in very quickly and before we knew it, the wind picked up and we were getting dumped on, so we called it a day and headed for the boat ramp. 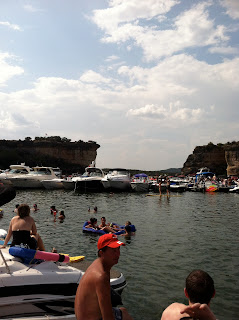 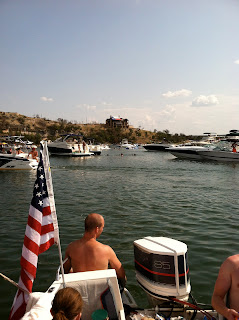 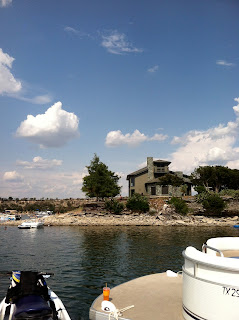 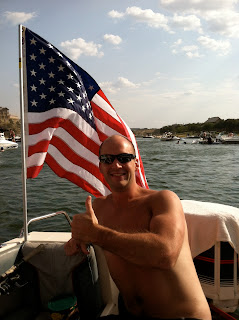 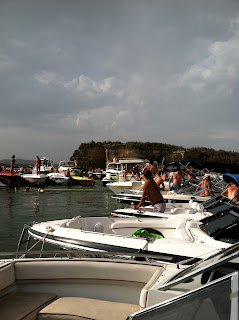 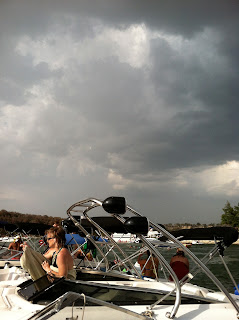 There ya have it!  Our fun, week-long celebration.  No complaints here.
Posted by danielle at 10:30 AM