It's hard to imagine our time at Sheppard coming to a close, but as of Friday, my husband received his plane assignment and our future is minutely more clear. 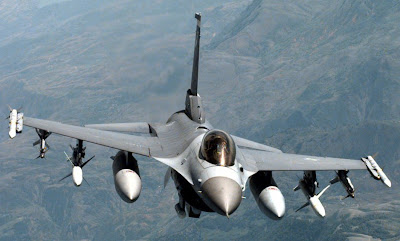 His hard work has paid off and he received his first choice of aircraft, the F-16 Viper.  I know I sound calm about it, but we are so excited and I am resisting the urge to type IN ALL CAPS JUST TO SHOW MY EXCITEMENT.  Ooops.  Guess I couldn't totally resist.

I am such a proud wife and can't wait for the many adventures the F-16 will take us on!  In the near future, we're hoping to take a little post-UPT vacation, but we haven't planned anything yet. It has been such a fun year+ here in North Texas, and while we're not quite ready to say goodbye, we are excited now that we know what the next stage will look like, a little bit. Drop night on Friday was a blast; after attending those since last May, it was so much fun for it to finally be "our" turn!  Stay tuned for pictures and even a video!

His follow-on training in the F-16 could take place in a few places, the highest percentage of which being Phoenix.  He will need to complete 4 different training "events" before we move, but hopefully they'll get him moving quickly so we can get our bags packed.  Then we'll be in that location for give or take a year and then...who knows!!  The bases for the F-16 are quite extraordinary; a few being Alaska, Utah, South Carolina, Japan, Italy or Germany (yay!!)  He's not quite done with UPT-he has a few more flights left this week and then September 21st he will finally get his wings during graduation!

I am now on my 3rd (and final!) week of being an elementary PE Aide sub.  The school is fabulous and so friendly (which I've heard is rare in this school district) and the principal (who reminds me a lot of my Aunt Rae!) has offered me the full-time job so many times I've lost count.  In turning it down, I'm hoping for a much more relaxed subbing schedule as Tyler's training dates will sometimes allow me to go with and I don't want to miss out on anything!  It's been fun interacting with kids again and it really has me excited about subbing for many different schools soon.

I'll leave this post with a pretty sweet picture of my new favorite airplane.  This picture is the meaning behind the title of my blog, as it shows an F-16 taking off with full afterburners (the fire coming out of the engine). When I named my blog Afterburners and Aprons, we weren't sure if Tyler would even be flying an aircraft with afterburners but now I'm breathing easier with the knowledge that the name can stay, but mostly that he'll be flying this plane.  Have a great week, everyone! 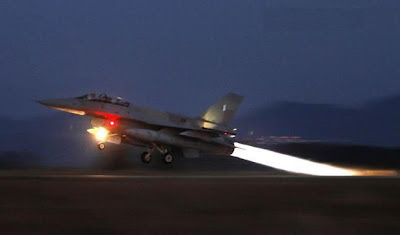 How exciting!!!!!! I love following your blog :) I love all things military and the wonderful wives that support their hubbies. Congratulations!!!!!!!! the military life is hard but SO EXCITING at times. can't wait to see where you get to go on the next chapter of this adventure!

We are sure hoping for a PCS to Arizona!!! Congrats again to Tyler, and you, too, because we all know he couldn't have done it without you!