If you're going to say that I've been neglecting my blog, you could be right. But what I've really been neglecting is the "Publish" button. I have literally started a new blog post every other day for the last two weeks but haven't had the time/energy/creativity to complete a post. I know. [speaking of creativity: I asked my 4th graders if they knew what "creative writing" is last week. I got a myriad of answers, all relating something along the lines of "writing with fancy pens/markers", "fun writing", "cutting cool pictures and taping it to your paper" and "writing using your imagination". Adorable]

Basically, I've been trying and attempting to write this post for at least a few weeks, but probably closer to a few months. It's important. And sort of a touchy subject, although it doesn't have to be. I hope I finally get around to publishing this, or something like it, soon.

When I got married a little over 3 years ago, I knew virtually nothing about cooking, and especially nothing about food. What I had been feeding myself for the past 3-4 years during college was white rice with soy sauce and popcorn washed down with a diet coke or orange juice. Sometimes something with peanut butter. However, when we got married, I learned quickly, probably because I was an eager new housewife and really, truly wanted to be a good cook but mostly because we were hungry and wanted to eat. But more importantly than wanting to eat, we wanted to eat well and enjoy good food. In 3 years, I have been on an interesting food journey.

I started cooking from recipes I had obtained from a few cookbooks from home. I made alot of chicken and rice hotdish (or casserole) and alot of tator tot hotdish. I also made quite a bit of chili, which always managed to taste different than the last. I then discovered The Pioneer Woman and for weeks straight, I would cook a recipe from her archives and be left with mounds of leftovers since she cooks each meal to feed about 10 people. Then I discovered I liked "weird" or "different" foods: avocado, spinach, black beans, limes, cilantro, walnuts/pecans/almonds, fresh mozzarella, the list could go on and on.

So, husband and I ate pretty well for a while. We didn't necessarily eat healthy (because isn't healthy food bland and boring?) but I started understanding how to read and interpret a recipe and how to make wise substitutions when I didn't have an ingredient, or didn't want to use an entire cup of butter like Pioneer Woman does (before I got confident enough for that, we went through a loooooot of butter)

Since moving to Sheppard, I had discovered Pinterest. And on the Pinterest cooking "board" (the only one I use), I found a great picture of a beautiful taco salad. I tried clicking on it to get the recipe, but instead was led to a website called "100 Days of Real Food". Intrigued about the concept of "Real Food", I started reading. Hours later, I stood away from the computer, mind-blown and took a breather. What this woman was suggesting was that very few people eat "Real Food" (how can that be? What do they sell in the grocery stores?) Her opinion of "Real Food" was food at it's least processed state, because as soon as a food item goes into a factory, it is turned from food into a food-like item. The work a processing plant does essentially takes any nutrients the food had to start with, remove them and add man-made, chemically processed nutrients that can be a grand tool for marketing that food item. That's why we see "low fat", "multi-grain", "With MORE Vitamin C", etc. I used to hold to the ideal that if the FDA allows it on shelves, it must be okay to consume. What I have come to realize is that the chemicals the FDA permits are allowed in small doses per food serving. They are only allowed in such small doses because they are hazardous to consume and how often to Americans only have the one serving that is allowed? And how often are those allowed chemicals being consumed in other ways? This is really the tip of the iceberg.

If you're anything like me, you don't like being taken for granted and you don't like being outsmarted by an industry. But that's what I realize had happened. So I took things one day at a time, and was careful to only buy things that had fewer than five ingredients and definitely nothing I couldn't pronounce. I also spent most of my time grocery shopping in the produce section rather than anything in the middle, which is ridden with processed items.

In the meantime, I had gone home for my younger sister's graduation and come back majorly upset with the pictures we had taken. I could see how chubby my cheeks looked and noticed how my top fit a little tighter (and in the wrong places). Before you go and say "Danielle, you never have to worry about weighing too much", I will admit it and say that you're right. At my height, I will need to weigh at least 50 pounds more to be considered even mildly overweight. But the truth was, I wasn't happy with how I looked and I certainly wasn't happy with how I felt, especially after eating.

So this past summer, I went on my first diet ever. Although I had no idea that it was going to be more than a lifestyle change than an actual diet. I also weighed myself (at the gym since we don't own a scale) for the first time since junior high. I was quite shocked at the number.  Yes, I wanted my 21-year-old figure back. But since that was likely not going to happen, I could settle for losing just a few pounds. Or maybe 15.

I chose the Mediterranean diet to get feeling better about myself because it seemed exotic, healthy, and fresh. It is also known as the 2nd most effective diet for maintaining a healthy weight. Not only were we eating great, we felt amazing too! (I say "we", because it is important to make sure my husband is fully nourished, especially with his job) Lots of feta, tomatoes, rice/beans, and fun herbs and spices. And in the first month, I lost 5 pounds. Without exercising (besides walking the dog). Which goes to show that my previous food selections (even with attempting to go "less processed") were all wrong and I was not at a healthy weight. In July I started going to yoga regularly. I went because it was a great workout but I have since discovered that it is crucial for fighting infections, keeping cravings at bay and making stress a distant memory. My painful jaw/TMJ headaches also are much more faint.

The Mediterranean diet lasted most of the way through the summer but it wasn't until this past fall that I really started to see the importance of buying food with NO chemicals, not only to maintain a healthy weight but also so that we eat well and feel GREAT about what we eat, which has all been achieved.

What you feed your body has a direct impact on how your body functions. That seems obvious. But how seriously do you take it? When you start to see how your body reacts positively to food you nourish it with, instead of fighting, it will be so much easier to really change habits.

Yes, I have a list of "food" items, or ingredients, that I absolutely will not buy. (which includes MSG and since I have bought organic chicken broth which had the name "autolyzed yeast"-I googled what that was and it is a hidden name for MSG, which is a chemical that literally excites your brain cells to death-how dare they!) But more importantly, I know the food that I will buy and eat because it is important. Mostly, I wanted to prove to myself that healthy food does taste great but what is even better is how I feel after I eat, which in turn makes it taste even better. While Tyler is away, I am still cooking full meals for myself, which seems bogus. But not only do I still have to eat, I would like to still eat well and keep feeling great. 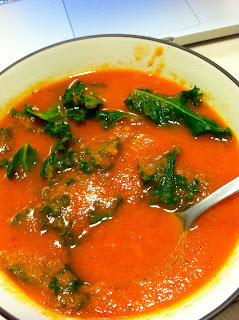 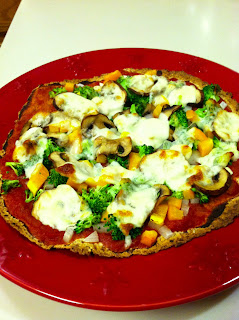 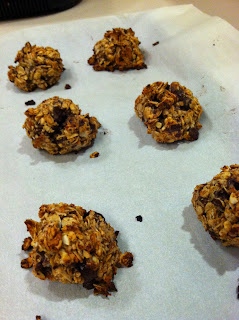 Oh, and my most recent weight score? Since the beginning of June (yes, that IS over 6 months ago) I have lost 16 pounds. Just from changing my diet. But the most important thing is that I feel awesome. And I don't plan on changing that.
Posted by danielle at 12:50 PM

Your my healthy eating coach for sure! Amazing. I feel the same way. I'm going to have to check out that 100 days of real food. As you know I am currently reading "eat to live". It is all about this! Keep it up girl. Keep sending me recipes! -Amy

I've been on a similar journey. I think--with the exception of my freshman year of college--I would always have claimed to eat healthy, but didn't realize just how unhealthy I was eating until the past few years. (Will I look back in five years on what I am eating now and think the same thing?) Totally agree about the "real food" idea. It's not always easy to shop for, but I think you will appreciate the 3 Trader Joe's, 2 Whole Foods, thousand Sprouts, and all the totally awesome weekly farmers markets in Tucson! You can get farm boxes here, too! We should share recipes!