if you would have told me 7 years ago when i entered college i should immediately change my major to education, i would have laughed.  and laughed some more.  but, nearly 4 years after graduating with a degree in communication, i have changed my career to become (gulp) a teacher.  as of monday, i have completed all of my requirements for the state of texas.  and if (when) i pass my final test tomorrow, i will be certified to teach in the state.  i had a great few months working with my cooperating teacher and while i was very busy, it was so worthwhile.

now that it's back to reality, i should probably shower (because it's been since monday since i've bothered with that) and finish the laundry that has piled up in the spare bedroom.  (i'm not even going to think about how long that's been collecting) i do have banana bread baking in the oven so i can feel somewhat productive while i blog. 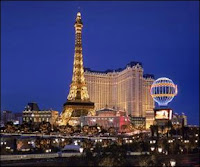 and this weekend...in honor of my friend, Courtney's husband's deployment, my other friend, Whitney's husband still being stationed at a remote base in Asia and Tyler still being swamped with pilot training 'stuff', we three girls have decided to meet up for the long weekend.  in Las Vegas.  we decided rather quickly that the timing couldn't be better and that shopping, shows, and spas are a welcome distraction.  this could be the start of a deployment tradition...

i am currently taking suggestions.  i am going to start learning a new language.  my options are: german, italian or french.  i'd love to learn norwegian so i can impress the norwegian students here and my friend Kristin, but she's already told me that it'd be nearly pointless to learn it.  shucks.  i'll just resort to google translate.  i am almost set on german but i am tempted by french because i took it in 7th grade and remember more of that than i do from the 2 years i took of spanish in high school.  and also, it would help me to understand more from my new cookbook that i plan on making many meals from.  (especially with my beautiful new dutch oven that my husband spoiled me with for Christmas this year)  i've already made a delicious leek and potato soup (that i was pretty worried about during the looong cooking phase) 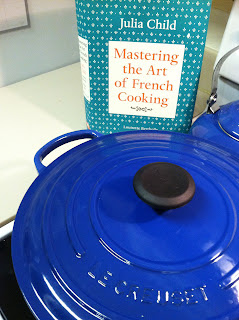 see?  can you see why i'd be interested in learning french??  :)  and italian because i've always wanted to travel to italy, nothing more.  thanks for the input!

and a quick movie review...Tyler had a rare night where he didn't have to study as much, so we took the opportunity to redbox a movie and decided on Crazy, Stupid, Love.  we love steve carell (and i love ryan gosling) and it was one (of many) we missed while in the theater.  we both agreed it was so much better than we expected.  i'm tempted to watch it again today since i have until 9pm to return it but i'm hoping my productive and practical side wins.  while the majority of it involves steve carell's character trying to find his 'manhood' (and in doing so wooing countless women at a fancy bar night after night) in order to get his wife back, the movie does have some impressive wholesome values.  the sarcastic, dry humor balances out the serious tone perfectly and i may have wiped my eyes twice.

another movie that is finally on redbox is moneyball, which we actually did go see in the movie theater.  there were a few draws to this for us: brad pitt (for me) and baseball (also for me).  it was basically the 21 version for baseball (perhaps the draw for tyler).  but not only was it inspirational (yes, i was the person who found herself clapping in the theater. in the middle of the movie.) but it also doesn't end as cliche as you'd like, which always makes me like a movie more.

thanks for checking in.
i'm off to be productive with the remainder of my wednesday.  and since i'm going to be an official teacher, and for my dad's sake, i'm going to start capitalizing things when i write.  starting next time.  (hopefully)  have a great rest of your week!
Posted by danielle at 1:11 PM

ahhhh! le cruset!! get outta town!! so cute and so fun!