beef with snow peas and panini


here we go...the sauce ingredients, soy sauce, cooking sherry, brown sugar, cornstarch and fresh ginger.  and yes, i had to ask the grocer what ginger was and where i could find it.  yes i had no idea it looked like and yes i had to google how to "mince fresh ginger". 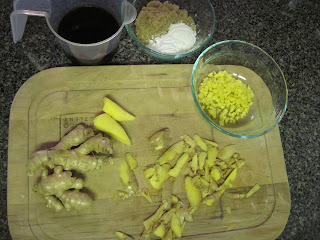 the snow pea part of the recipe.  you can also use broccoli (maybe next time?) 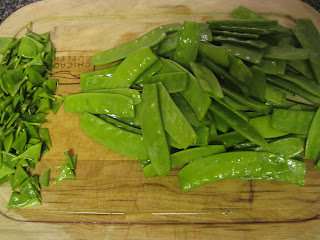 cooked on high (another way my iron skillet would work wonders) 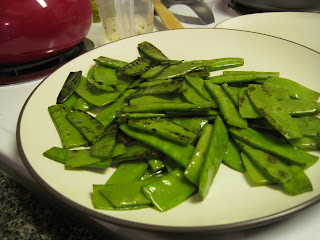 the beeeef...i did actually cook this according to directions and just put half in at a time, but of course i forgot the scallions (just a fancy name for green onions, did you know that?  me either) 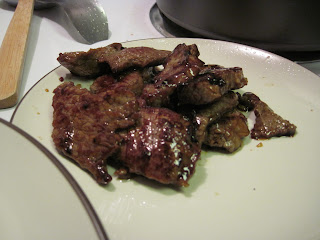 the second batch, after the scallions.  yuuum... 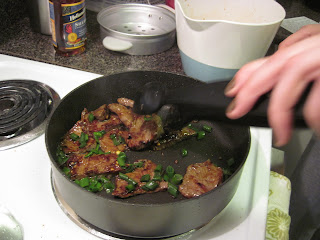 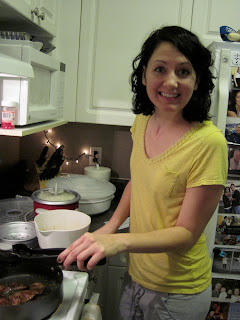 voila!  the finished product!  my mouth is watering just thinking about it... 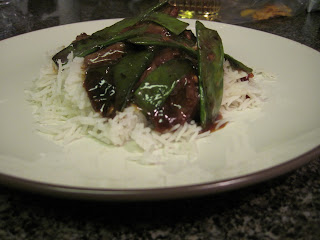 and now...wednesday's supper, the panini.  i'm not a huge sandwich fan (not a bread lover, shoot me, i know) but i do love anything toasted and crunchy.  enter panini.  we were going to buy the sundried tomatoes from the store, but since we're cheap and $6 seemed like a lot, we opted to dry our own tomatoes, which we might have allowed to get a little too crunchy.  but still a great flavor.  this meal was actually rather quick, maybe just 15-20 minutes to prep.


so this is the sundried tomatoes, pesto, a little olive oil, a little lemon juice and some salt/pepper...chopped up real good. 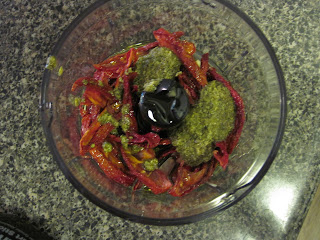 and this is my roasted red pepper, which i did myself under the oven broiler (and tested the fire alarm)  the point it to char all sides, put in a ziploc baggie and let sit for 20 minutes.  then you'll be able to peel off the black skin and have excellent roasted red pepper.  i got a little impatient and also didn't want the firemen to come, so this is what i got.  the flavor was still awesome on the sandwich... 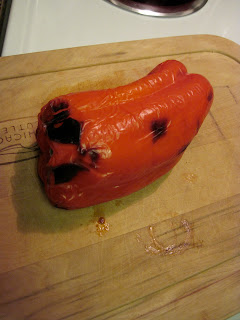 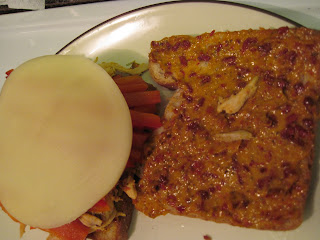 this is the sandwich grill we've used once before.  now it's a panini maker!! 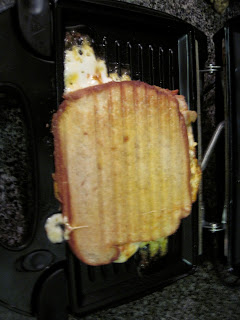 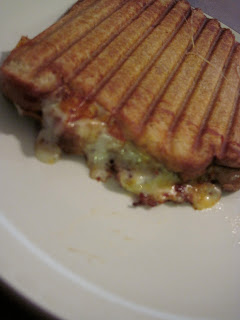 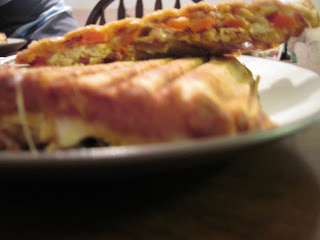 so that was supper this week!  three days in a row was just enough.  i can only do so much with what i have here...tight quarters, no counter space and my very limited cooking knowledge.

our weekend/saturday plans include going to a high school baseball game (go CJ!).... [quick fact about me...baseball is my favorite sport to watch.  it's pretty high on my love list, right next to shopping.  especially baseball outdoors.  just downright therapeutic. and it's killing me that i have yet to experience the awesomeness that is target field...anywho]  perhaps i'll even get a little bit of the sun that's been teasing me all week...  we are also going to a housewarming party and hopefully the annual german fest in a northern suburb.  hope you get to enjoy some great springtime weather... have a great weekend!!
Posted by danielle at 11:20 PM

That beef dish looks delicious! And I'm not really a sandwich person either {though I do love bread!}.

Visiting from Mingle Monday. Hope you had a wonderful weekend!

Happy Monday from the Mingle:-)

Both of those meals look DELICIOUS, especially the first one! I love the pioneer woman!

Yum! The panini looks amazing! One of my favorite things!! Great job on all the explaining and pictures!!