the holiday season is coming closer.  wasn't it just last week that i was sitting out at the pool in our neighborhood in july, sweating past the point of recognition?  can it really be true that halloween is tomorrow and thanksgiving a short few weeks later?  we've got great holiday plans--tyler's family is coming here for thanksgiving and we are heading up north for christmas!  i know i shouldn't get ahead of myself and start getting too excited for family time, but i can't help it!

here's what we were up to this past weekend:
friday night was tyler's B flight changeover party (costume themed, of course) and apparently an '80's theme was easy to do with stuff we both had in our closets, so ta-daa!  if you're wondering what a changeover party is, basically it's the B flight right before tyler's class chance to tell tyler's flight about the instructors and different things about the flight, etc.  it was a fun night with a little bit of hazing and a lot of giving each other a hard time.

saturday afternoon we had the chance to do another habitat for humanity build with tyler's class.  instead of helping build a shed like last february in houston, we were helping to sheetrock indoors. (and we had the dust to prove it!) 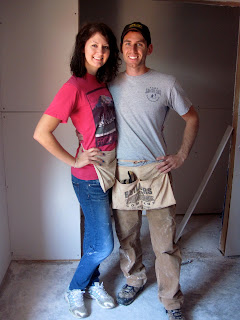 i thought this was a great because you'll probably notice that kristin is doing the work, and the men are 'helping'.  :) 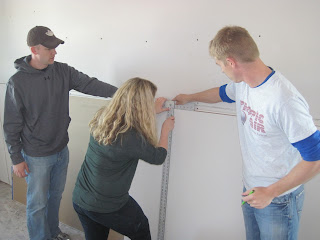 misty found some safety glasses towards the end of the day. 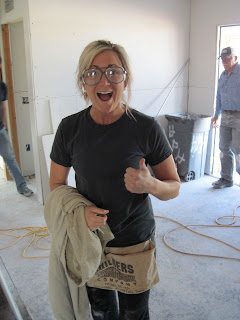 i was having a disgustingly awful hair day but i still like this picture of us. 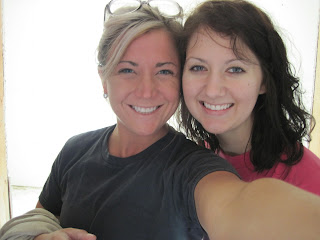 we WILL survive pilot training together! 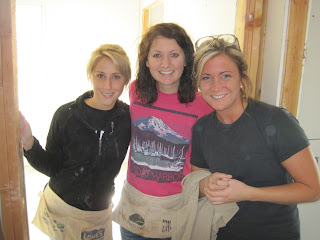 a little action shot of working in the hallway. 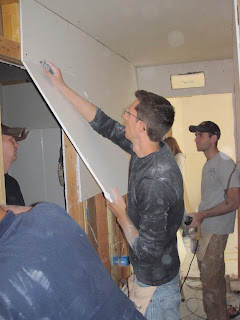 we had a great crew for the afternoon shift (there were more people who helped in the morning) i like this picture because it looks like tyler and i are angels because of the sun.  where's the harp music? 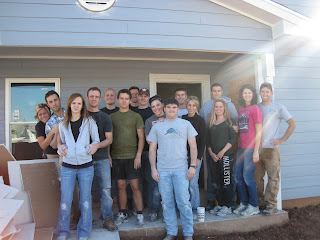 just a little irony-the Ferrari and Camaro parked in the projects.  (and yes, Jonas did give me a ride to supper in his Ferrari and no i didn't get us lost just so we could keep driving) 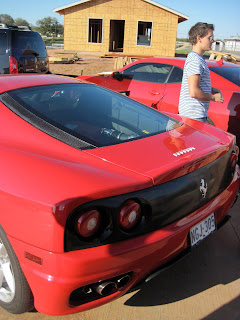 our weekends always seem to zoom right by without a thought to be considerate and slow down.  fortunately, we've managed to keep our sundays as relaxed as possible, with a little football watching and some chores, if need be.  tyler will hopefully do his first solo this week and i'm excited to go out to the flight line and watch him take off and get dunked in the tank after he lands (if he can make it back to the flight room without getting caught, he's safe, but that "never" happens) stay tuned for pictures of that!  have a great week!
Posted by danielle at 7:36 PM

Seriously, I love your long hair! It is so pretty! Your costumes were pretty great, too =)

Good luck to Tyler on all his upcoming pilot events!! Can't wait to see pics from his solo! I'll be praying for both of you.