i tried.
feeling guilty when i bought frozen foods for suppers this week at the commissary on sunday.  delicious, fake, guilt-ridden foods such as chicken nuggets, jack's pizza and corn dogs.  i even tried feeling guilty when i planned out which night we could eat what.  and still, the guilt hovered when my cart was a refuge for the following items: two avocados, cilantro, eggs, doritosspanishricemilkywaymac&cheesetostitochipsANDbacon (gasp!)
try as i might, the guilt still escapes me.  mostly because tyler's schedule this week has had him home at 9pm (and last night he came home with two other guys to study for a flight that actually got cancelled), and i am chest-deep in teaching, finishing up my steps to my certification, taking care of a puppy, cleaning/laundry, thinking of/shopping for/wrapping Christmas presents, thinking of meals that don't actually involve cooking, cooking those meals and then cleaning up after them.
but this isn't a complaining blog.

this is a blog to tell you all about our new puppy, ada.  who, when she finally learns her own name, will realize she also goes by ada pup, ada bear, ada baby and Adelaide.
Ada bear looks like a little bear cub; she loves to be outside and also loves eating.  in fact, our floors have been clean ever since we got her.  i don't appreciate the fact that she has such sharp baby teeth and that she's a great chewer, but it has gotten better. 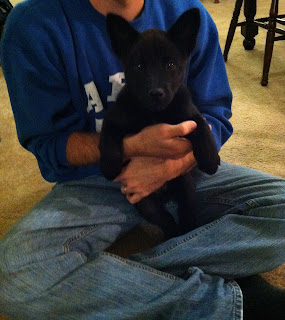 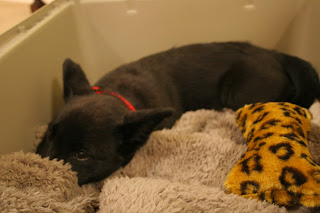 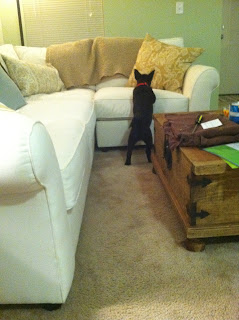 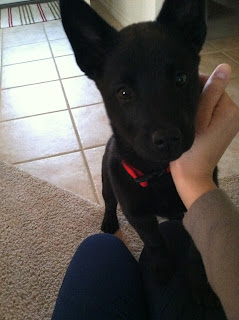 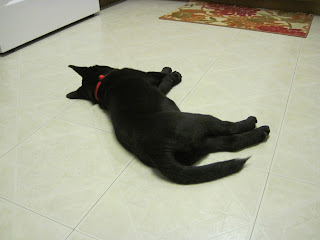 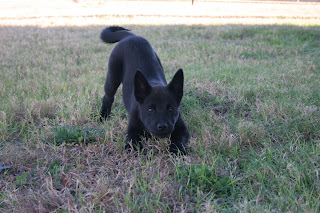 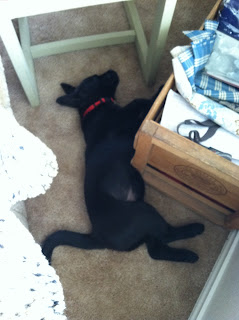 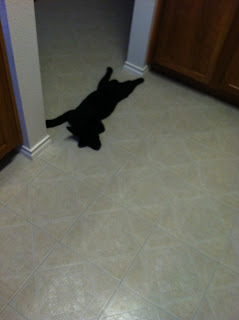 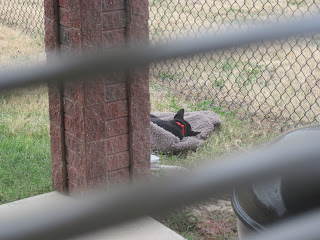 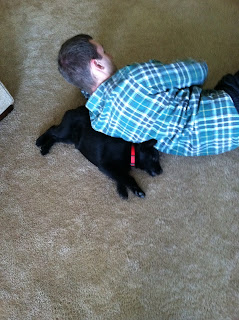 in case these pictures were no indication, we're the annoying pet owners who take way too many pictures of their child ahem dog. 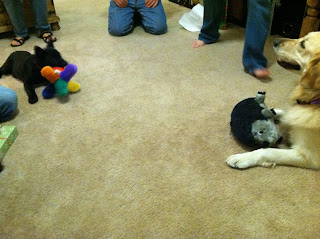 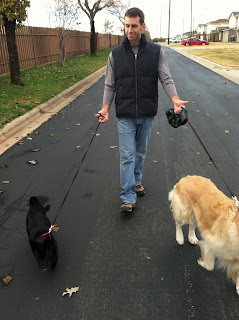 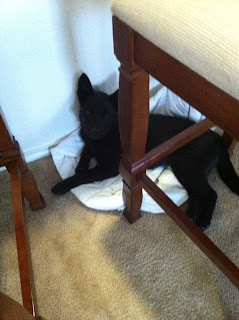 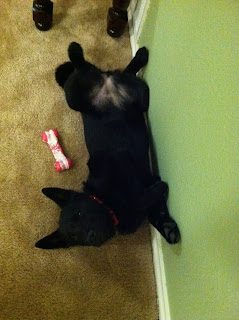 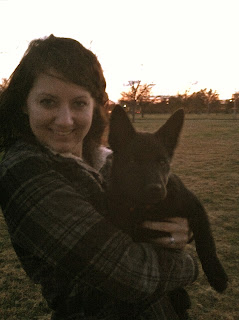 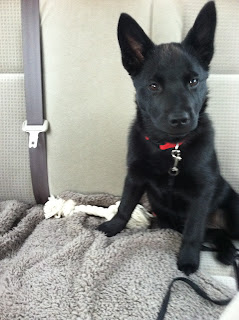 on the way TO the vet.  i didn't get pictures on the way home FROM the vet because ada was too busy puking and then eating ALL of her own puke.  and i was too busy being disgusted and trying not to watch, after failing to pull her up to the front seat with me. 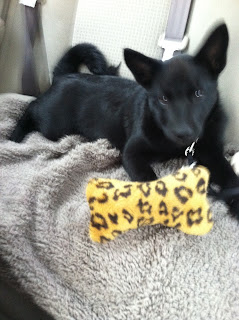 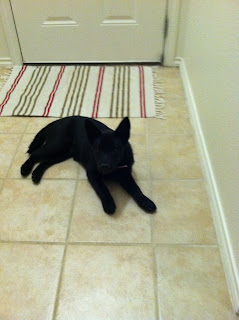 it was so good to have tyler home from his cross country to florida!  ada missed him, and so did i! 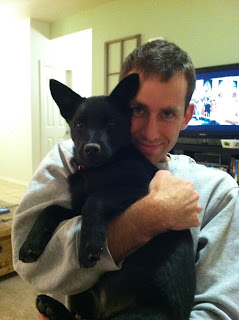 Ada loves her playdates with other dogs and loved having tilly here for over two weeks.  we're so lucky that so many of our friends have dogs that like to play and will tolerate her 'puppyness' (she even got along great with two HUGE great danes!)  as a puppy she's not shedding, except for when she rubs her body all over our white couch (which so far hasn't taken as much a beating as i thought it might) we don't know what breed she is, other than some sort of shepherd.  we think possibly chow, but aren't advertising that due to the fact that chow dogs are not allowed on base housing.

in addition to keeping busy with the aforementioned items, i have been 'being crafty' as well.  i hope to share those pictures with you sometime soon!  (and there we have my next blog subject)  ciao!
Posted by danielle at 8:28 PM

What a precious puppy!! I would totally be that person too, taking all of the pictures of my dog...