the times...they are a changin'

Afterburners and Aprons is moving...

We knew our stay in southern Arizona would be a short one and we were right...while we haven't received official dates to move yet, we're looking at being here a total of 10-11 months before making a rather drastic move to Asia.

In just in case you're curious...this is where we'll be living! 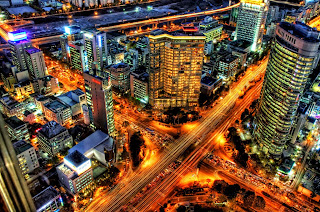 The picture above is of Seoul, and while we will live about 40 miles south of the city, we are excited to be so close to such a bustling metropolis.

We're not sure when we'll move, although it will probably be sometime after Christmas; and apparently South Korea gets 4 regular/extreme seasons so it will be the most like Minnesota since I moved from there in 2008.

We've still got a lot of questions with moving but I will say that keeping up with this little bloggy will be the best way to stay informed as we find out more. Fortunately, Korea is a common place for AF pilots to get sent so there will not only be a great community once we get there, we've been talking with friends who are there now about what to expect.

Thanks for checking in! Tucson is finally starting to feel like fall, as the high 80 temperatures are the most refreshing we've felt in a while. Have a great weekend, everyone!

I sure am excited to have you guys in our neck of the woods...kinda. Looking forward to meeting up with you somewhere in this corner of the world!