I know most of you who read this are also friends with me on facebook and probably saw the pictures i just uploaded, but for my wonderful grandparents who are now reading my blog (yay!) i am going to post some of our favorite pictures, (probably repeats for some of you) and later the video tyler is putting together (stay on the edge of your seat for that one...it's going to be pretty sweet!) 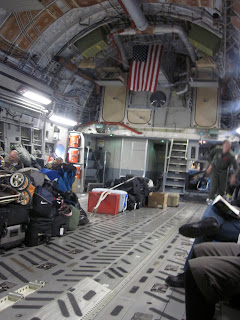 this was the C-17 we rode in to Hawaii.  Or was it Japan?  Or Singapore?  I really can't remember, but one of the planes had nothing in it, so Tyler and i made beds with the blankets and pillows they have for the 62 passengers they can usually fit on the plane... 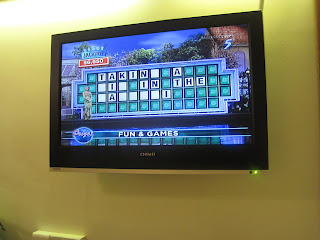 We got to a hotel in Singapore (finally!) and wheel of fortune was on!  it was wonderful.  :) 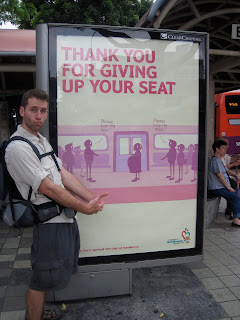 the advertisements in singapore were very unusual.  everything was bright and obnoxious. 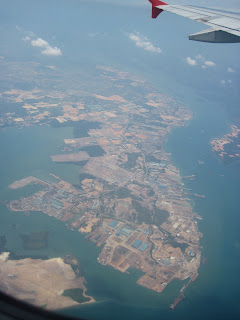 this is flying over indonesia. 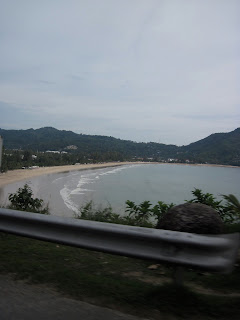 finally made it to phuket, thailand!  the views were beautiful.  i had never seen such a stark contrast of ocean, beach, and mountains before. 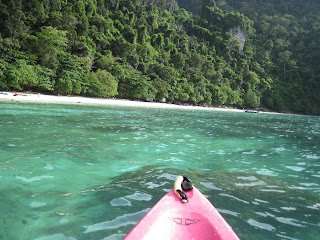 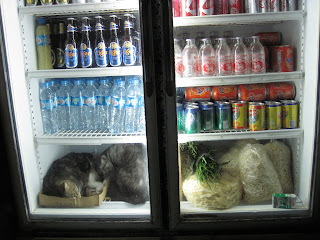 and here we have not one, but two, cats in the fridge.  right next to the bottled water and veggies, as normal as can be.  asia is filthy.  i can't even start.  japan, not so bad.  the rest of it.  yuck. 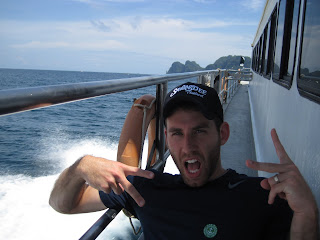 this was on the boat ride from phi phi to phuket.  our other option was to sit inside, where it was stinky and smelly and filthy.  all that was separating us from the roaring sea was that little railing.  very fun, but very scary. :)

alright...i do have more pictures to show, but i also have other things to do this afternoon (shocker, know).  i'm working on the invites for jenilee's bridal shower and i'm also in over my head with teaching certification stuff.  yuck.  (and i need to dye my hair...obv...)  chow!
Posted by danielle at 2:21 PM

Wow! Fun to see things from your trip :o) And I was watching that night's Wheel... "Taking a dip in the jacuzzi" - ha! Miss you both and will call soon!