For my 196th post, I thought I'd start by actually writing it!  Genius!

My grandparents celebrated their 62nd wedding anniversary on Sunday.  I can't even fathom how fortunate they are to have each other by their side for that many years.  Here's to 10 more, right Grandma and Grandpa??

We've had a busy last couple weeks -- last Monday-Wednesday our good friends, Nat and Shannon and Graham and Kate (and their dog, Libby) came all the way from Houston for a visit!  It was SO good to see them and catch up a bit.  Tyler was even able to show them around the squadron and out to the flight line. 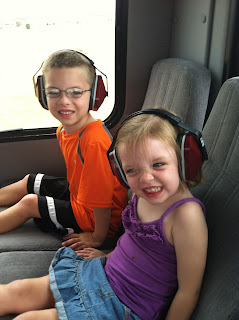 On Thursday morning my friend Kristin and her husband dropped off their two dogs for a few days while they went down to San Antonio, which proved to be very crazy with three almost full sized dogs running around my house (and wouldn't you know it, the only days we've seen rain all summer happened while they were here, which took away my plan to throw them outside when they got too rowdy) 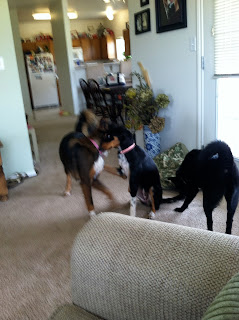 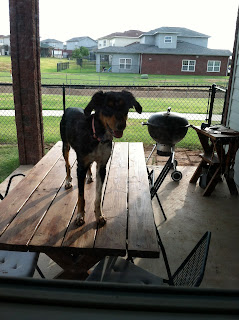 Saturday evening we had a blast at the Texas Ranch Roundup rodeo with Teea and Jordan-- it was a little more low-key than the Houston rodeos we've been to, but we were also able to actually see the cowboys without looking at the megatron. 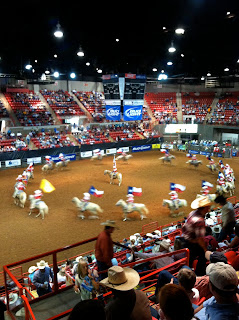 And this week I am helping out a classmate of Tyler's by watching his sweet 2-year-old daughter, who is head over heels in love with Ada.  The affection is just about always returned and it is really cute watching the two of them. 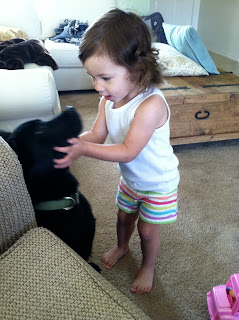 Tyler was just told yesterday that this weekend he'll be flying cross-country to Ft. Worth.  I am undecided if I'll join him or not--I will be making many, many trips to DFW over the next month and may want to save the sane hours driving for one of those.

School in Texas starts next Monday, which means I'll be able to start subbing as soon as a teacher needs a break! Drop night and graduation are getting dangerously close but we both agree we're ready to know what the next stage of our lives will look like (and where we'll be moving in a few months!)

My apologies for this being so newsy--I still have to give you my favorite salad recipe (I've made it twice since saying that the last post) so look for it soon!