living on an air force base is not always the quietest.  i imagine it's consistently noisier here because it's a training base.  each and every weekday the buzz of the t-38's wakes me up.  fortunately, the t-38 zoom is a little quieter than bigger jets found at other bases but that small fact isn't usually at the forefront of my mind when carrying on a conversation outside is impossible.  sometimes i still get all starry-eyed like a child (or like the first week we were here) and take a few minutes to watch the planes fly their pattern.  at times, the takeoffs are like clockwork, one after the other and i've got a pretty good view from our yard (or an even better view when i'm running on the track, which is right next to the runway) the other plane has a different runway and their pattern is more north, so we don't usually see those fly from the house.  either way, from early monday morning to late friday night, the roar of jet engines is a regular part of life living here.  but saturday it changes.  saturdays and sundays are special.  all is quiet and peaceful and serene for those short two days and i have time alone with my thoughts.  and just when i get too used to it, i'm jolted awake by a roar and the week starts again.  yet another reason to love the weekends, when life gets put on hold for a few hours.

tyler's been in training for three and a half weeks now and after this coming week, he'll start flying and the whirlwind will really begin.  i'm very excited to start student teaching this coming week.  after my work doing online classes (that i would never recommend to anyone), it feels good that it was for something.  after 12 weeks student teaching, i'll be recommended to receive my teaching license in the state of texas!  so by this spring, i'll either start looking for a job, or at least start subbing as much as i can.  i've been enjoying my irregular schedule running errands, cleaning the house, and going to fitness classes at the gym.  it'll be nice having a 'real' schedule, even if that means i'll have to do better at planning and trying to not get worn out.

i've been collecting pictures for quite some time and thought you'd like to see a few. :) 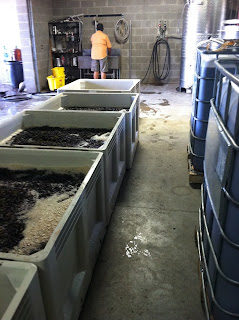 tyler's birthday present to me was a trip to fredericksburg, texas, in hill country.  it's a cute little german town that is known for it's overpriced antique shops and wineries.  so we went tasting to a couple places and were fortunate enough to get a tour! 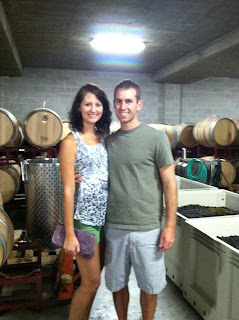 we went to a couple different german restaurants and the second one definitely won my heart.  my mouth is watering just thinking about these potato skins (i'll have to recreate them sometime) 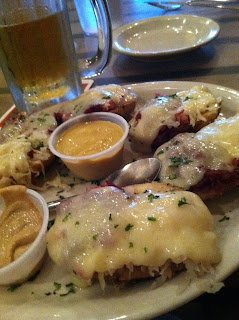 like i said...many antique/artsy shops.  we took a lot of pictures of signs/sayings that we liked with the hopes of making our own. :)  that's what we are.  cheap.  and trying to be crafty. 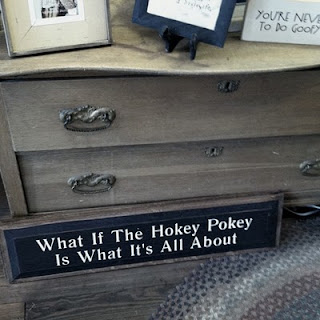 tyler built this awesome bookshelf from throw-away boards in at home depot.  i like how it turned out for his office...now we just need to fill it with more books! 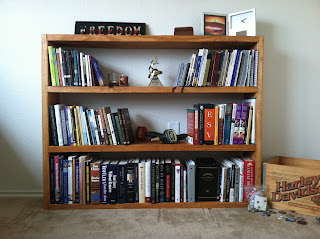 my handsome 1LT on his first day of UPT (undergraduate pilot training)...we were going to take the picture outside, but it was still dark.  (yes, i woke up that early) 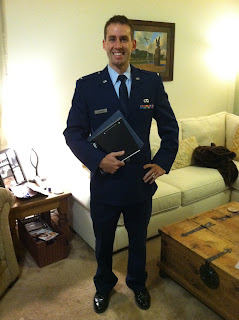 the rest of these pictures are of our kitchen project...the finishing touch of my attempt to liven up the top of the cupboards and get my grandmother's china out of boxes.  it was a very fun project and i really love how it turned out.  i'm still going to stain it, but it's displayed until i get to that. 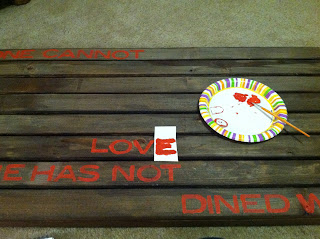 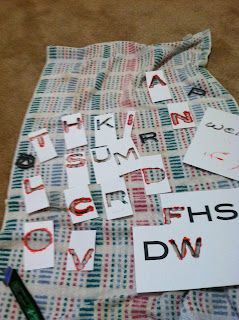 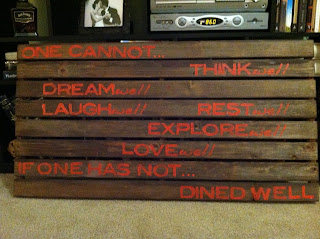 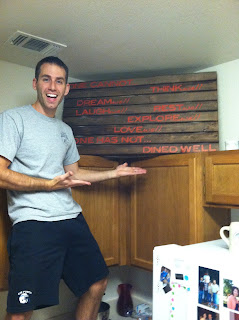 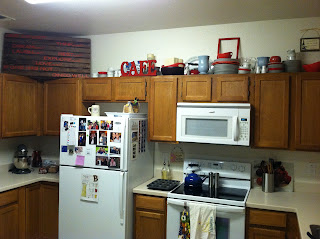 thanks for stopping by on this beautiful saturday!  it's a marvelous 82 degrees and i'm very tempted to make a starbucks trip to enjoy a pumpkin spice latte.  happy 2nd day of autumn!
Posted by danielle at 1:01 PM