since being surrounded by very few walls and an even smaller space for the last 3 days (has it only been 3???), i've had some time to think.

and what i've come up with is not deep or meaningful.

so here's my segment of good thing/bad thing.

it's a bad thing to have to walk through the courtyard (and past the doberman) to the laundry room.
it's a good thing when laundry is free.

it's a good thing to cook.
it's a bad thing to spend the rest of the night getting the smell of what you had for supper out of the room.

it's a bad thing to keep finding bugs everywhere.
(there's nothing good about that)

it's a good thing to stay in one spot for three weeks.
it's a bad thing when it's this.

it's a bad thing when the only suitable name for your place of residence for the next 3 weeks is TLF, or 'temporary living facility'.  the word, 'facility', sums it up nicely. 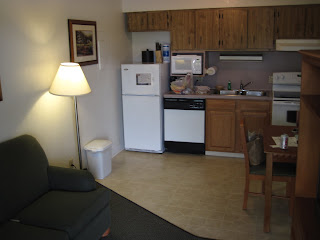 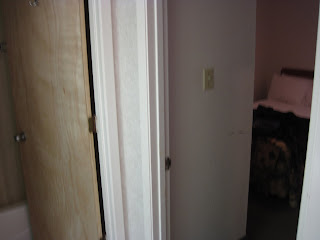 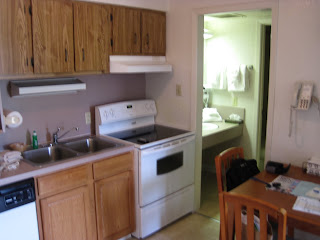 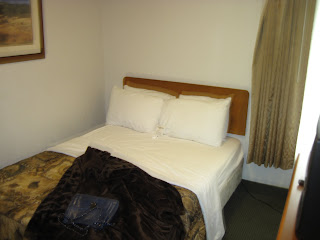 sorry for the blurry pictures, but you get the idea.

and don't worry, we are surviving!  it's not a miserable as i make it sound, just semi-awful.  now just 2 and a half weeks until we get our house! (and it's going to seem like forever) :)


*and on a much more serious note, please keep the town of joplin in your prayers today and this week!  my dear, sweet friend, carrie and her family live there and i am still trying to get a hold of her.*
Posted by danielle at 11:20 AM

This is awesome tlf! the 2 places we've stayed(once for 2 weeks, once for 4) never had kitchens at all (microwaves and knee-high fridges, no sinks), or couches, or tables!

Still, feeling your pain! It will all be so worth it soon! I know you will love your new house and living on base!

It's a good thing your married to me.

But apparently, it's a bad thing your married to me.